The roots of health activities in Crikvenica date back to the Pauline monks, who paid particular attention to medicine and pharmacy, studied medical manuscripts, books and folk medicine, cultivated medicinal plants, and turned a part of their monastery into a shelter and hospice for their ill brothers, pilgrims, the poor and other patients. The first tourists came to Crikvenica to benefit from the area’s sun, sea and air, so it is health tourism that paved the way for modern tourism in Crikvenica.

The area’s excellent conditions for the development of health tourism were noticed as early as the 19th century. These include the beneficial Mediterranean climate and microclimate, fresh air, clean sea, and the beautiful unspoilt natural surroundings. In 1889, the pharmacist Ivan Polić assumed the management of the first modern pharmacy in Crikvenica. In 1900, the Society for the Embellishment and Improvement of Crikvenica established a weather station in Crikvenica, which started work on 1 April 1901, and is today one of the three oldest in Croatia.

Since the 19th century, many local and international magazines and tourist guides have published articles on Crikvenica. At the end of the 19th and beginning of the 20th century, two of Crikvenica’s large hotels, the Archduke Joseph (today the Kvarner Palace) and Miramare, were the first to open hydropathic establishments. This period also saw the opening of health institutions for adults and children (Ladislav’s Children's Home, the Czech Colony, Mojmir, etc.) and sanatoriums in separate buildings (the Dr. Seidl Sanatorium, the Villa Ružica Teacher's Sanatorium, etc.).

The area’s Health Commission was established in accordance with the new Healthcare Act on 25 March 1906, the same year that Crikvenica was officially declared a climatic health and sea resort. The Primorka Recovery Centre for Convalescent Children was opened in the former building of the Czech Colony in 1953. Then in 1960, the Institute for Adult Thalassotherapy, for the prevention and rehabilitation of upper and lower respiratory tract diseases, was opened in the Hotel Therapia. In 1967, the Institute for Thalassotherapy Crikvenica and the Primorka Recovery Centre merged into one hospital, known as the Thalassotherapia Crikvenica since 1995. In September 2009, the OXY Polyclinic for Baromedicine was opened as part of the Thalassotherapia.

The private health institutes in the area include the Policlinic Katunar in Crikvenica and Terme Selce in Selce. 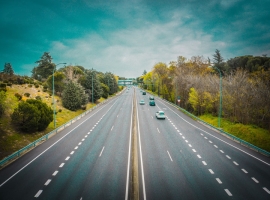 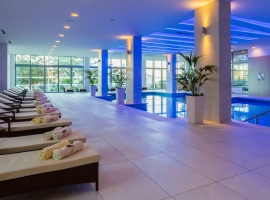